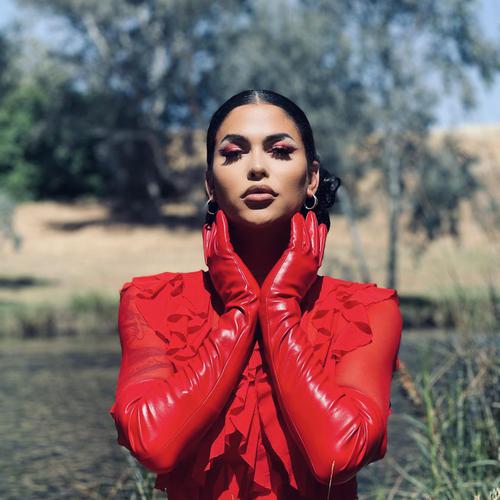 Talks covered by this speaker

Domino Presley is an American Adult Film performer, model, director, and Adult Talent Agent who first debuted in the adult industry in 2010 with her first scenes for GroobyGirls.com. Since then she has worked with some of the biggest companies in adult entertainment, including Wicked, Evil Angel, Grooby, GenderX, Transational Fantasies, and TransAngels.

Presley has racked up numerous nominations and awards during her illustrious career. Notably, she was one of the first trans performers to be nominated for a non-trans specific award (XBIZ Best VR Sex Scene), which she won in 2019. In addition to her multiple TEA wins, she also served as the official TEA Mistress of Ceremonies in 2019 and 2020.

Originally from Atlanta, GA, Presley started out as a Drag Performer under the name Jazmin Aviance. She still performs and competes in the Ballroom Scene as Jazmin Balenciaga.

Your logo could go here!

If you'd like to get your brand in front of attendees following the categories this speaker is talking about (on this page, via email and during each talk) contact us.
We use cookies This website (and some of its third-party tools) use cookies. These are important as they allow us to deliver an exceptional experience whilst browsing the site.